Airsein
Home Health Benefits Health Benefits of Green Tea
Share
Facebook
Twitter
Pinterest
WhatsApp
ReddIt
Telegram
The many well-researched health benefits of green tea make it a great beverage to include in your diet for the prevention and treatment of cancer, heart problems, cardiovascular diseases, high cholesterol levels, rheumatoid arthritis, infection, tooth decay, and many others. Green tea contains an antioxidant called epigallocatechin-3 gallate (EGCG) which is also helpful in treating a variety of diseases.
Green tea has acquired a prestigious place among beverages and it is one of the first drinks that come to mind in terms of antioxidant components. Within a relatively short time, it has gained a global following of billions and  many lovers of normal tea have switched over to green tea because of its undeniable health benefits. Those who are accustomed to normal tea may not like the striking taste of green tea the first time, but between the boost to your health, the ease of access, and the slightly addictive quality of the taste, it will probably win over normal tea lovers in no time.
The question is, what is there in green tea that makes it so special and healthy? Also, what is the correct way to use it? What products available on the market are based on green tea? With any wildly popular health phenomenon, there are plenty of questions, and we have tried to answer the major ones below. 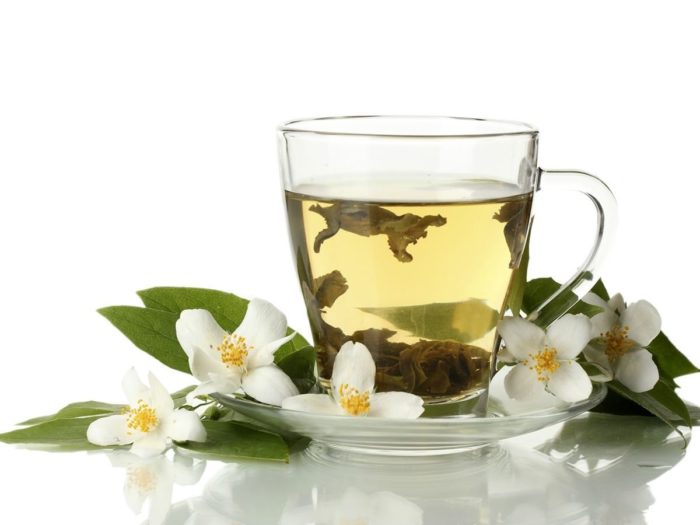 What is Green Tea?

Unbeknownst to many, green tea actually comes from the same plant where normal tea is obtained. Scientifically, it is known as Camellia Sinensis. In fact, it is the same tea but it is processed differently. The normal black tea is obtained by fermenting the tea leaves. This fermentation changes its color and flavor, while raising the level of caffeine and tannin in it. On the other hand, in the case of Green Tea, the tea leaves are dried or slightly steamed but not fermented. This is what makes it look green when it’s brewed.

Along with caffeine, which gives green tea its characteristic taste, bitterness and stimulating effect, green tea is also rich in a group of chemicals, called Catechin Polyphenols (Commonly known as Tannins, which contribute to bitter taste and astringency). These Catechin Polyphenols include Catechin, Epicatechin, Epicatechin Gallate (ECG), Epigallocatechin Gallate (EGCG), and various Pro-Anthocyanidins. They are also known as Flavonoids, and are very powerful antioxidants. Flavonoids, together with some amino acids like Thianine, are responsible for the potent flavor of green tea.
Furthermore, green tea also contains Amino Acids such as Theanine, Butyric Acid & Liganin; Xanthine Alkaloids such as Adenine, Dimethylxanthine, Theobromine, Theophylline and Xanthine; Pectin (also found in fruits); saccharides (sugar), Chlorophyll and Triterpene Saponins. Some vitamins, like vitamin A, vitamin B1, vitamin B2, vitamin B3, vitamin C and vitamin E are also found in green tea. After that impressive list, perhaps you are beginning to understand how packed green tea is with nutrients and beneficial components.

Other Varieties: The chief varieties mentioned above are blended in different combinations to produce many more varieties with different names, the number of which makes it pointless to list here. Basically, go to a tea shop and explore for yourself!
Risks: The risks associated with green tea are the same as those associated with any other kind of tea (common black tea, White Tea etc.) and are primarily due to the content of Caffeine and Tannin. The contraindications may vary with the percentage of caffeine and tannins in it. Most people might be familiar with these adversities, but it is still important to review and summarize the components responsible, as well as the associated risks.
Triterpene Saponins: These compounds destroy the Red Blood Corpuscles (Erythrocytes), which may aggravate preexisting conditions of anemia, and cause fatigue.
Caffeine: Everyone knows that caffeine is an external stimulant and raises blood pressure, and is actually toxic in nature (it may be fatal for lower animals). Caffeine is also addictive and can have adverse effects on the liver and internal organs over the course of many years. That being said, it is the component of tea which makes it energizing and refreshing, which is why people are willing to risk it.
Tannins: Tannins interfere with the break down of complex proteins into simpler proteins and their subsequent absorption into the body.
Xanthine Alkaloids: Some researchers believe that these alkaloids aggravate and stimulate the formation of uric acid in the body, and thereby they may trigger and aid the formation of stones in the gallbladder and kidneys.
Other Risks: Long-term consumption in excessive quantities may give rise to problems such as insomnia, restlessness, annoyance, irritability, headaches, hypertension, abnormal heartbeat, loss of appetite, spasms, constipation and acute addiction to caffeine. Many times, people who are addicted to caffeine do not feel normal without the substance and suffer from acute constipation, irritation and lack of concentration on anything in the absence of green tea.
Availability of Green Tea: Asian countries like Japan and China are the biggest producers of green tea (they produce the best quality too) and are also its biggest consumers. Green tea available in other markets is found in far smaller quantities than black tea. Moreover, it is still gaining popularity, because with the exception of a few Asian Countries, people around the world are still more familiar with black tea. Still, these days you can get it at any reasonably modern shop. You can also order it from a local tea supplier, over the phone or on the Internet. It is almost invariably imported from China (cheaper) and Japan (more expensive), and is packed in sealed packs of 200grams, 250grams, and 500grams. It is better not to go for the bigger packs if it is easily available around you, so the tea will remain fresh. Also, always check the date of manufacturing and packing before you buy.
Decaffeinating Green Tea:  Since many people are aware of the potentially harmful effects of caffeine, many prefer to avoid caffeine in their beverages, yet they want the vast array of benefits that green tea has to offer.  Luckily, there are two industrial processes and one domestic process for decaffeination of green tea, which are all explained below.
Industrial Process-1:
In this procedure, green tea leaves are treated with Ethyl Acetate, which drains out most of the caffeine. Unfortunately, you lose many of the antioxidant Polyphenols and vitamins along with the caffeine.
Industrial Process-2:
This involves the processing of tea leaves with water and carbon dioxide and is better in terms of retaining the beneficial Polyphenols.
Domestic Process:
This is a very simple process. It involves repeated steeping of tea in hot water and then disposal of the water (you may use this tea to serve those who don’t mind having caffeinated tea). The more you repeat the process, the less caffeine there will be left in the tea, but the same is true of the taste and flavor. Basically, don’t over do it. Two or three steeps is probably safe. After all, you do want tea and not plain, hot water, right?
Additional Information:
Do you know what the term “Cha” means, which is often found in the names of various qualities of green tea such as Gyokurocha, Sencha, Bancha, Matcha, and Houjicha? It simply means “Tea”, and tea is extremely popular all over India as “Cha” (In Bengal & adjacent states) and “Chai” in the other areas. Just some fun facts for you to share with other tea lovers over your next cup of green tea!
Reference:Organicfacts
ALSO READ:  Amazing Health benefits of honey and milk